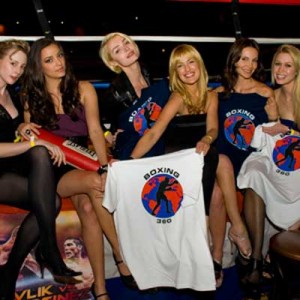 Boxing 360 is a New York based promotional firm founded in 2009 by Mario Yagobi, President and CEO. With a mixture of younger and older, more established talent, Boxing 360 has already begun to make an impact within the world of boxing utilizing new training techniques, establishing a solid financial base for it’s fighters, and bringing a positive approach to the sport.”I give the fighter’s that something, what I call “that extra pinch of love,” Yagobi says of his recipe for success. When he began Boxing 360, he set out to do something a little different.

The son of an Olympic athlete, Yagobi grew up understanding the importance of not only athletics but the level excellence it takes to excel in your given field. It is with this knowledge that Yagobi has moved forward into the world of boxing looking to make it a better place than he found it.

Mario Yagobi makes sure they are treated first class from the training support they receive to the hotels they stay in during fight week. No expense is spared in getting each fighter to their peak. “You can get a fighter a good trainer, feed him well, make sure his contracts are solid,” Yagobi said,” but letting them know you care, that you are personally involved in their career in the ring and beyond, giving that extra pinch of love is what it’s all about. That is what makes champions and that is what I hope to do.”