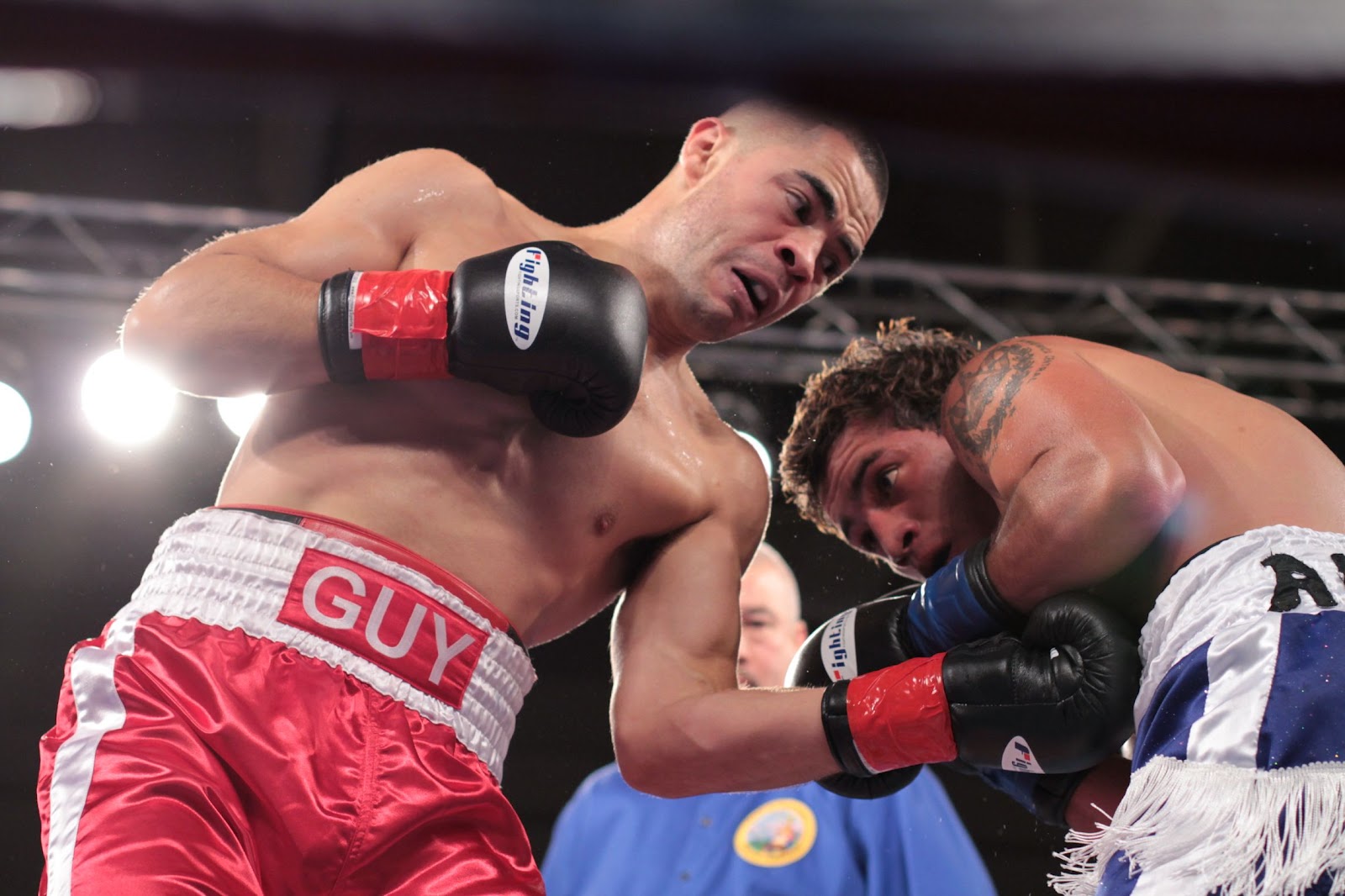 Boxing 360 has deepened its promotional roster with the signing of a couple young and exciting prospects, Keandre Gibson (8-0-1, 3KOs) and Guy Robb (10-1, 4KOs)

The junior welterweight prospect Keandre Gibson inks his deal as an undefeated 23yr old with a rare combination of athletic prowess and determined excitement. The Missouri born Gibson trains out of Southern California where he is quickly gaining the reputation for spirited bouts filled with his dynamic style of fighting.

Gibson will now get the opportunity to take a step up in every aspect of his career, although he has been matched tough thus far in his career and he has also competed in some big venues.

“I couldn’t be happier because I know things are about to get really exciting. There are a lot of great promotional companies out there and they all have their pros and cons, with Boxing360 you get the highest form of loyalty that exists in the sport, a sport not known for loyalty. I’ve spoken with many fighters and the one thing that has been said to me on a constant basis is Boxing360 will always fight for you and they stick to their word. So far I can say that those rumors are absolutely true,” Gibson said.

Boxing360’s Mario Yagobi feels the signing of Gibson was the best possible pairing that could be made at this point.

“Sometimes signing a fighter or signing with a promotional company turns out better for either the promoter or fighter. You rarely see an absolute even split, but in this case I think that Gibson is in the right place and we are in the position to made the best possible moves for him. He’s so mature, he’s probably one of the most ready young fighters out there, with his experience and strong mental attitude,” Yagobi said.

The other fighter signed is the always entertaining 24yr old featherweight Guy Robb. The once beaten fighter is on a 3 fight winning streak since his lone loss.

That loss came against fellow Boxing360 promoted fighter Joel Diaz Jr. in what was one of the most action filled contests of ShoBox: The New Generation history. The two fighters gained a cult following in the aftermath of their memorable 2012, even Robb in his loss walked away with adoring fans that have been clamoring for a rematch one day. With both fighters under the same promotional umbrella, a rematch is a possibility and assuming they both continue moving up the ranks it could be a much more meaningful fight with deeper implications associated to the bout.

“A lot of people want me to fight Joel again, they loved the first fight and hope we can duplicate the action. My fan base did grow after that fight and I love my fans because they are the kind of fans that really appreciate a fighter who leaves it all on the line. I guess with me and Joel on the roster it makes a rematch more likely, but I’m more concerned with my own future right now and if the road to success leads through a 2nd fight with Joel then I’ll be happy to give him a 3rd when I beat him,” Robb said.

Repo Rick who manages both Robb and Gibson feels he made the right choice signing his fighters with Boxing 360.

Yagobi is thrilled with the possibilities that come with signing an action fighter like Robb and knows that Diaz Jr. is one of many fights that makes sense for Robb.

“I think that when you have a talent like Robb who can mix it up with anyone you don’t worry about finding a fight, you worry about weeding all the others out. Robb has the kind of style that makes for exciting fights with many different styles. The old adage styles make fights should be amended to Rob’s style makes fights. We’ll explore all possibilities and make the best decision for Robb as a team,” Yagobi said.