2011 has been a career year for IBF super featherweight champion Amanda Serrano, 13-0, 9 knockouts.  She exploded out of the gates in January, fighting Ela Nunez twice. The first fight in January was a decision win. In the April rematch, Amanda improved on her performance and stopped Nunez in four rounds. June and August brought first and second round technical knockouts. That set the razor sharp Serrano on course to fight for her first world title, the vacant IBF super featherweight belt against Kimberly Connor.

Connor came into the fight on who came into the bout 9-1-2 riding high on a 5-0-1 winning streak. Amanda stopped her in two rounds of fury to make history. 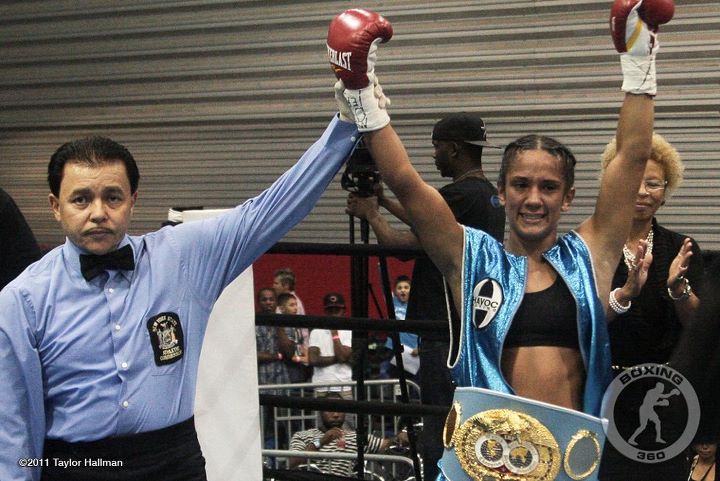 With the win she not only won her first world title but became our first world champion as well as the first woman ever to hold the IBF Female Super Featherweight title. Not one to rest on history, Amanda came back in November with another stellar performance. This time she traveled all the way to Panama where she finished out her year stopping late replacement Grecia Nova. The win made it more clear than ever that Amanda is ready for anyone in the world. The mission now is unification.

Amanda Serrano is certainly becoming everything we knew and hoped she would.