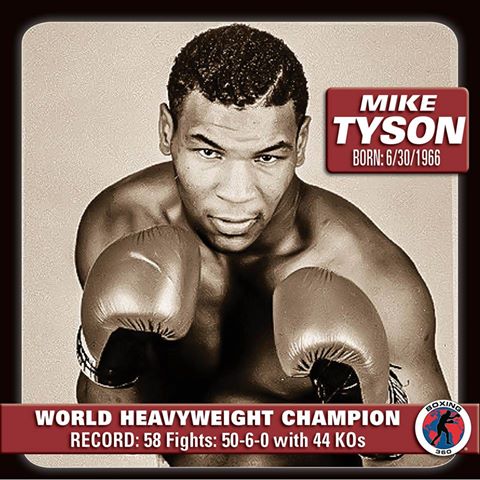 Michael Gerard “Mike” Tyson (born June 30, 1966) is a retired American professional boxer. Tyson is a former undisputed heavyweight champion of the world and holds the record as the youngest boxer to win the WBC, WBA and IBF heavyweight titles at 20 years, 4 months, and 22 days old. Tyson won his first 19 professional bouts by knockout, 12 of them in the first round.

A 1998 ranking of “The Greatest Heavyweights of All-Time” by Ring magazine placed Tyson at No.14 on the list. Despite criticism of facing underwhelming competition during his unbeaten run as champion, Tyson’s knockout power and intimidation factor made him the sport’s most dynamic box office attraction. Many believe Tyson was the last great heavyweight champion.