OOOPS!!! I done picked wrong like everybody else. I can’t believe it. That many upsets? Prospects dropping like

The Bell Centre in Montreal, Canada

What happened: Lemieux tripped and fell into the web that is Marco Antonio Rubio and got TKO’d n 7. 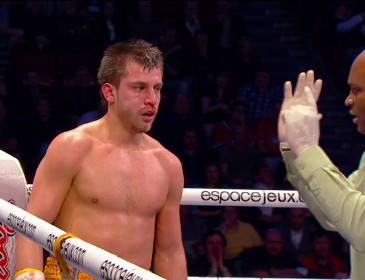 What happened: Nelson done got dropped in three rounds en route to a decision loss in 8. Ooops.
Danny O’Connor (14-0) vs. Gabriel Bracero (14-0)

What happened: Bracero did me right and pulled out the upset win in 8. Sweet.

What happened: Harris quit after the first round because he was not feeling well. Or maybe someone showed him a mirror and he realized “I’m Vivian Harris. I shouldn’t be fighting.” Vargas TD 1.

Tito’s Pick: C’mon now. You really need to ask? Maidana by knockout in like 7.

What happened: What didn’t happen? Morales lost an eye in the first round, Maidana got tired in the fourth, Morales dominated the middle rounds and came close to winning. Oh yeah, EVERYONE was proven wrong. Awesome fight. Morales proved why he is a legend and way we need more dudes like him in boxing.

Maidana got a decision. Morales gave us all a boxing chubby. 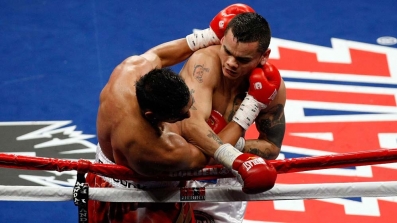 What happened: I was wrong as hell. Guerrero didn’t fade. Katsidis didn’t knock him out. Instead, Guerrero put on his best show and got the job done in twelve. 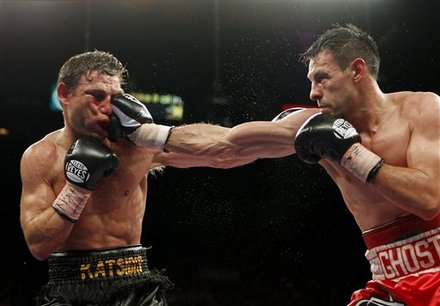 What happened? Kirkland got straight knocked down three times and then Joe Cortez jumped on him. Ishida in one in the upset of the weekend. See for yourself:

What happened: I felt like I was being peeled watching Mighty Mango get his decision. His weigh in outfit was more exciting. Well, that is if you are a member of the Village People.

The Prudential Center in Newark, NJ

Tito’s Pick: Must be Sacrifice the Journeyman week. Adamek late but like a total beatdown. McBride’s corner will stop it.

What happened: Adamaek did his job and won the distance fight. Polish fans were happy. There was joy in Prudential Centerville.

A stream near you

What happened: I didn’t see it but apparently all hell broke loose. Steiglitz got a 10 round DQ win. Cool.